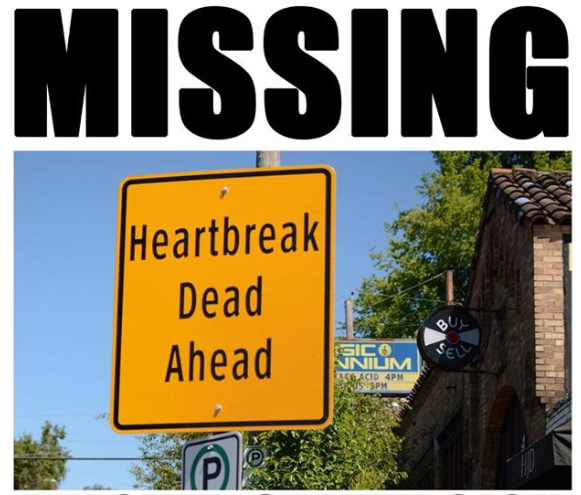 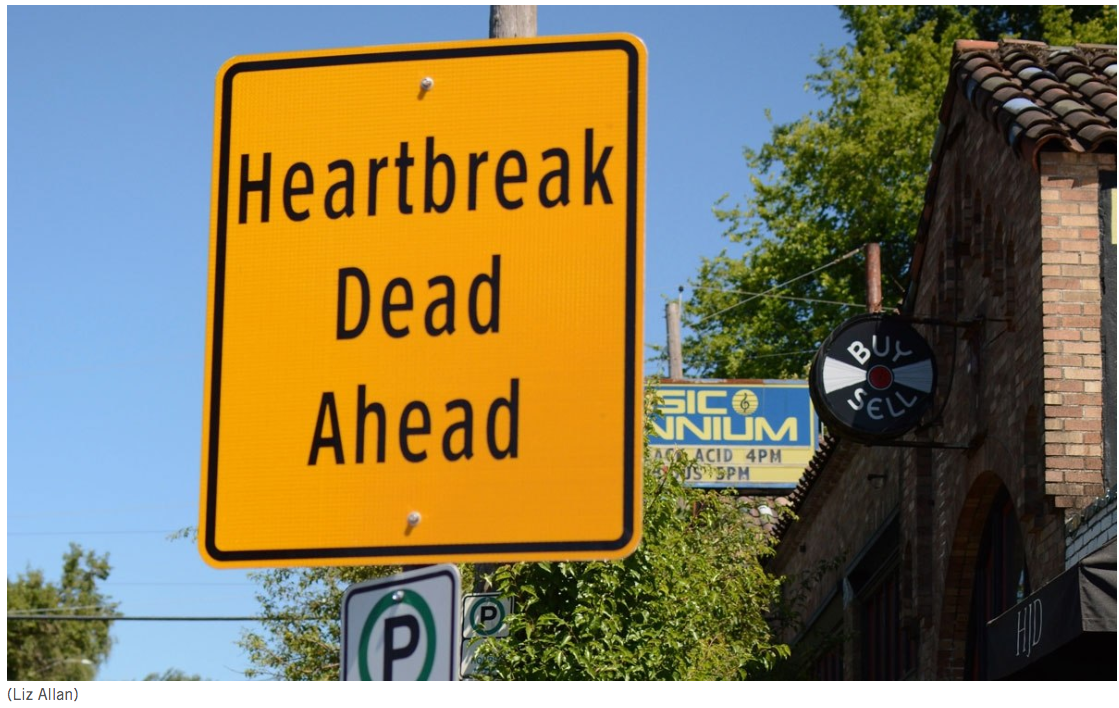 The beloved “Heartbreak Dead Ahead” street sign near Music Millennium has gone missing.

The sign, which references a song by classic Motown group the Marvelettes, showed up down the block from the East Burnside record store in December 2016. At first, the store was unsure of where it originated from.

It turned out to be a passion project of outgoing City Commissioner Steve Novick, who also had the city install a “Positively 4th Street” sign along Southwest 4th Avenue in honor of Bob Dylan’s Nobel Prize win.

Just as mysteriously as it appeared, the sign has now vanished.

A store representative says the sign disappeared at the end of April. Music Millennium is offering a reward for its return: the 10-disc Motown: The Complete No. 1’s box set, which includes the Marvelettes’ “Danger Heartbreak Ahead.” 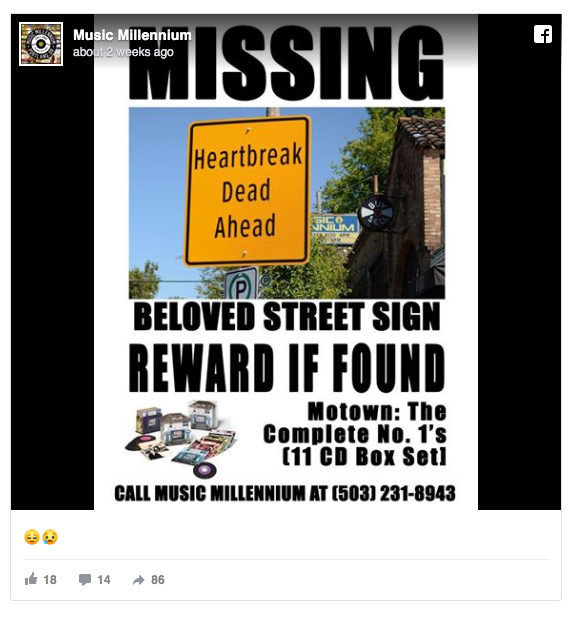 So far, the store hasn’t received any tips, and Portland Bureau of Transportation did not respond to WW‘s inquiry about the missing sign.

UPDATE: After WW‘s posted about the missing sign on Instagram, several local business have chipped in on the bounty for information leading to its return: Elephants Deli is giving away a $50 gift card; MobCycle an $85 gift card; and the Portland Pickles are offering free tickets. There’s also now a hashtag, #findtheheartbreaker.Contact us today for all your real estate needs.