by Mercury Things to Do Staff 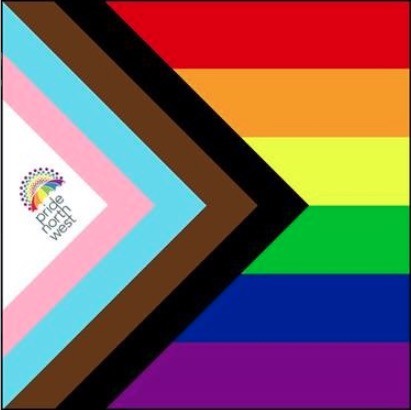 The Roots
Listen up kids: The Roots’ importance goes wayyyy beyond their role as house band on The Tonight Show. To witness Questlove and Black Thought lead the nine-piece band live is more than just a “good” show—it’s an eclectic, jazz-infused experience that’ll cement Black Thought as one of the most skilled, entertaining, and versatile MCs of all time. Oh, and their sets last forever. (6:30 pm, Edgefield, $63.50) JENNI MOORE

Team Dresch
When Team Dresch formed in Olympia, Washington, more than two decades ago, they were a defiant flicker of light in a country that still preferred to leave LGBTQ+ folks in the closet. Since then, certain attitudes and laws have changed for the better, but the battle continues on a much larger scale. Founder Donna Dresch’s activism goes back over 30 years when she started the seminal queercore zine Chainsaw in the late ’80s (which later became a record label), giving voice to female artists and the LGBTQ+ community. She and core members Kaia Wilson and Jody Bleyle continue to be hugely important in the continued fight for LGBTQ rights, part of the much larger movement that they helped shape. (Fri-Sat 9 pm, Mississippi Studios, $15-17, all ages) MARK LORE

L7, Le Butcherettes
L7’s return in 2015 after a 15-year hiatus came out of necessity—for the band and for music in general. For L7 it was a way to take back their narrative, as the Los Angeles band’s legacy was slowly sliding into obscurity. And the timing couldn’t be better for these four tough-as-fuck women to infiltrate the male-dominated music world just as they did three decades prior. After years of touring, L7 have just released Scatter the Rats, their first record since 1999. It’s another collection of melodic punk and metal with all the wit and bite of the band’s previous records. L7 is back, and they’re one of the most important rock bands of the last 40 years. Period. (9 pm, Crystal Ballroom, $29.50-35, all ages) MARK LORE

Patty Griffin, John Smith
It’s easy to take Patty Griffin for granted. The singer/songwriter is so consistent, so masterful at turning American folk music tropes into gripping short stories that you can’t go wrong with any of her albums. If she’s easy to overlook, tonight’s the perfect time to stop doing that, when she plays a Portland show in support of her new self-titled album. (8 pm, Revolution Hall, Good Luck on the Ticket Resale Sites) NED LANNAMANN

YBN Cordae, Donte Thomas
There are like 10 YBNs—a crew known as much for their gamer streams as their raps—but YBN Cordae blew up pretty hard last year with his remix of Eminem’s “My Name Is,” followed by his thoughtful, generation-bridging “Old N*ggas” response to J. Cole’s “1985.” Cordae has a lot of styles—if anything his trademark is his need to change it up—so it’s fun to hear him slide through subsequent banger tracks like “Kung Fu” and “Have Mercy.” He’s so clever it sounds like he writes his raps, but dude throws an amazing freestyle, too. (8 pm, Hawthorne Theatre, $20-25, all ages) SUZETTE SMITH

Portland Pickles vs. Bend Elks
The Pickles host their rivals from Bend in the first game of a weekend series stand at Walker Stadium. Prior to the start of the game, Smokey Brights will perform live as part of the Rockin’ the Walk Concert Series, while Ate-Oh-Ate will be on site serving up tasty Hawaiian cuisine. (7:05 pm, Walker Stadium, $8 & Up, all ages)

Rob Thomas, Abby Anderson
Before Sir Robert Thomas came along, popular music was a wasteland of schmaltzy drivel (“How Much Is That Doggie in the Window?”) and racist screeds (“Chopsticks”). But Thomas and his legendary band Matchbox 20 changed the course of the 20th century, inventing rock ‘n’ roll with their fresh, exciting debut, Yourself or Someone Like You. With it, they lit a fire beneath the teenagers of America—and around the globe! Never before had music sounded this raucous, this sexy, this alive. But redefining youth culture wasn’t enough for Thomas & Co.; their follow-up, Mad Season, exploded the boundaries of popular music’s capabilities, blending classical, jazz, and folk motifs with acerbic, literary lyrics to create something no one had ever heard before. Unable to be contained by the confines of Matchbox 20, Thomas then went on to his greatest triumph, his epoch-shattering collaboration with women’s shoe designer Carlos Santana: “Smooth” stands to this day as the greatest musical endeavor yet composed, knocking off trifling garbage like Beethoven’s Ninth Shitty Symphony, Bach’s Shitty Brandenburg Concertos, and the shitty Beatles’ Shitty Pepper’s Lonely Shit Club Shit. All hail Rob Thomas! Without him, music—and life—would be empty and meaningless. (8 pm, Theater of the Clouds, $26 & Up) NED LANNAMANN

SLAY: Pride Edition
Let your freak flag fly high at Slay, a dance party that puts LGBTQ+ people and people of color first. Allies are welcome, but Slay is first and foremost about creating a safe space for marginalized communities—so that they can have a good time. Dance to tracks spun by DJs Automaton and Ronin Rock and know a portion of the proceeds will be donated to Planned Parenthood. That’s right: Hot beats and philanthropy in one outing! (9 pm, Holocene, $5-10) BLAIR STENVICK

Indigo Girls
The Indigo Girls may be one of the more misunderstood bands of the alternative rock era. And it’s easy to see why younger folks might balk at this music initially: Aspects of the Indigo Girls’ songs, such as the overly emotive vocal delivery and the florid, occasionally ridiculous lyrics, represent everything passé about the “alt” conceit (much like their similarly misunderstood ’90s peers, Counting Crows). But a lot of the band’s material has aged surprisingly well. At their most rocking—see “Hammer and a Nail” from 1990’s unfortunately-titled Nomads Indians Saints, or the terrific “Least Complicated” from 1994’s Swamp Ophelia—they sound like Christine McVie fronting the Gin Blossoms. (That’s a compliment.) And at their most tender, the Indigo Girls are sort of like the Gen X equivalent of the Everly Brothers, in the way that Amy Ray and Emily Saliers’ close harmonies create a glorious whole that’s indivisible by the sum of its parts. (7 pm, Oregon Zoo, $40-100, all ages) MORGAN TROPER

Portland Trans Pride March 2019
This Pride, choose to honor the countless trans folks who have paved the way for others to be free and thrive in this world. The organizers note Trans is used with the intention of being inclusive to all genders on the spectrum including those who are two spirit, intersex, nonbinary, and more. Show your support by centering trans voices and remember the killer tagline: “Transform, transcend, transgress the (cis)tem!” (2 pm, North Park Blocks, free) EMILLY PRADO

Kyle Kinane
Kyle Kinane’s beardy, sardonic yet cheerful stage presence is the cure for the grumps. He’s one of those comedians who skates by on charm, telling jokes about everything from unforgivable drink orders to gout (yes, gout) and making it look easy. My tolerance for bro-adjacent stand-up is low, but I always make an exception for Kinane’s laidback comedy wizardry. (7:30 pm & 10 pm, Helium Comedy Club, $22-28) MEGAN BURBANK

Mudhoney, Summer Cannibals, Dirty Princess
The refreshing thing about legendary Seattle fuzz-punkers Mudhoney is how they’ve pulled off the trick of changing very little and still remaining relevant, even exciting. They’re still one of the best bands touring today. Last year’s Digital Garbage find the quartet leaning hard into the sound of the Stooges on album opener “Nerve Attack,” and the band still opens up to irreverent skuzz-punk opuses on “Paranoid Core” and “21st Century Pharisees.” Mark Arm’s nasally wail is as punishing and acute as it was when Superfuzz Bigmuff dropped over 30 years ago, and their dynamic live shows are the stuff of lore. (9 pm, Wonder Ballroom, $25) RYAN J. PRADO

The Minus 5, Roseblood
Portland music legend Scott McCaughey brings his much-beloved power-pop outfit down to the Doug Fir to celebrate the release of the band’s latest album. Fellow Portland scene stalwart Kathy Foster (The Thermals, Hurry Up) rounds out the proceedings with a set from her latest project, Roseblood. (9 pm, Doug Fir, $15)

The Untouchables (in 70mm)
In 1987, acidic playwright David Mamet finally went pop, turning the already mythologized story of Eliot Ness vs. Al Capone into what modern audiences might recognize as a superhero movie. One-man-Hitchcock-tribute band Brian DePalma stopped ripping off his hero just long enough to rip off Sergei Eisenstein to electric results, Ennio Morricone’s score should have started a new genre of dance music called “Gangster Strings,” and Sean Connery finally won an Oscar for playing a cranky, slur-spewing Irish cop (as if there’s any other kind of Irish cop). But maybe the purest joy in this live-action cartoon? Hall-of-fame “That Guy” Charles Martin Smith stealing literally every scene he’s in. (6:30 pm, Hollywood Theatre, $12) BOBBY ROBERTS

Distillery Row Negroni Cocktail Crawl
A day dedicated to sipping the finest spirits as expertly mixed by the eight craft distillers (and two guests from the NW Distiller’s District) that make up Distillery Row, and this month’s cocktail of choice is the Negroni, with a wide variety of twists on the century-old drink. Proceeds benefit the Oregon Food Bank. (noon, Distillery Row, free) 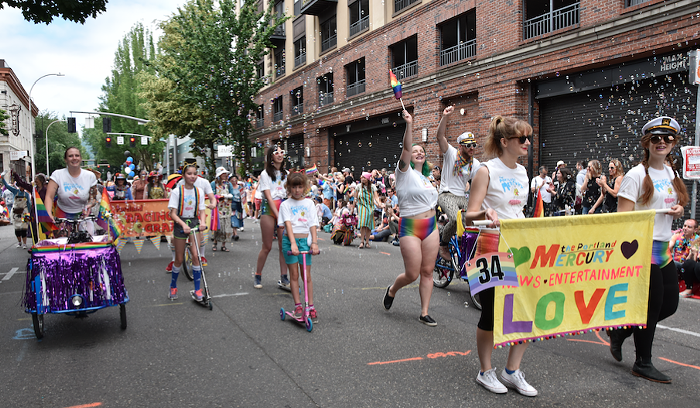 Portland Pride Parade
The annual and beloved Portland Pride Parade is shaping up to be a massive affair this year, with organizers estimating 8,000 LGBTQ+ and allies in the parade, and over 40,000 spectators watching the parade! (Will the Mercury be in the parade? YOU BET YOUR SEXY ASS THE MERCURY WILL BE IN THE PARADE!) Every year, this is a joyous-as-hell, inspiring-as-fuck event, and you’re guaranteed to see amazing costumes, brilliant floats/displays/marching bands/whatever, and roughly 86.8 trillion pounds of rainbows, glitter, and PRIDE. Plus, the parade ends at the Portland Pride Waterfront Festival, where the great times will just keep on going. (11 am, NW Park & W Burnside, free)ERIK HENRIKSEN

Snackdown!
While the event’s name is inspired by professional wrestling, Snackdown shouldn’t be quite that rowdy. But who knows! 10 brewers and 10 chefs pair off for a beer dinner with a fun atmosphere enhanced and amplified via music from Rev Shines. Admission includes 10 small plates and 10 pours. (1 pm, The Evergreen, $49)

Yungblud, Saint Phnx
English singer/songwriter Dominic Harrison—AKA Yungblud—brings his politically-charged blend of punk, ska, and hip-hop through Holocene for an all-ages Portland stop on the “Don’t Wanna Be a Loner” Tour. (8 pm, Holocene, $16-19, all ages)

West Side Story (in 70mm)
If you wanna be a reductive little snot about it, yeah, you could describe West Side Story as a silly ’60s exercise in slathering Shakespeare with hyper-sentimental song ‘n’ dance. And yeah, there’s never not going to be something unintentionally comedic about watching two ruthless street gangs going to war via snaps and twinkle-toed dance steps. But there’s a fuckin’ reason this film has been considered a top-tier musical for the past 50-plus years, and it’s because director Robert Wise, choreographer Jerome Robbins, composer Leonard Bernstein, and stars Rita Moreno (goddamn!), Natalie Wood, and Richard Beymer essentially perfected the form with their work in this picture. West Side Story is a triumph of slick, vivid artifice and a legitimate American epic. (2 pm, Hollywood Theatre, $12) BOBBY ROBERTS

Belgianfest
It’s not PDX Beer Week without this celebration of Belgian beers at North 45, with Chef Katie’s Belgian frites, mussels, and items from the regular menu available to nosh on while sampling from a whole bunch of Belgian beer deliciousness. $10 admission includes a tasting glass, two tokens, and a raffle ticket, with additional 3oz. tastes at $2. (2 pm, North 45, $10)